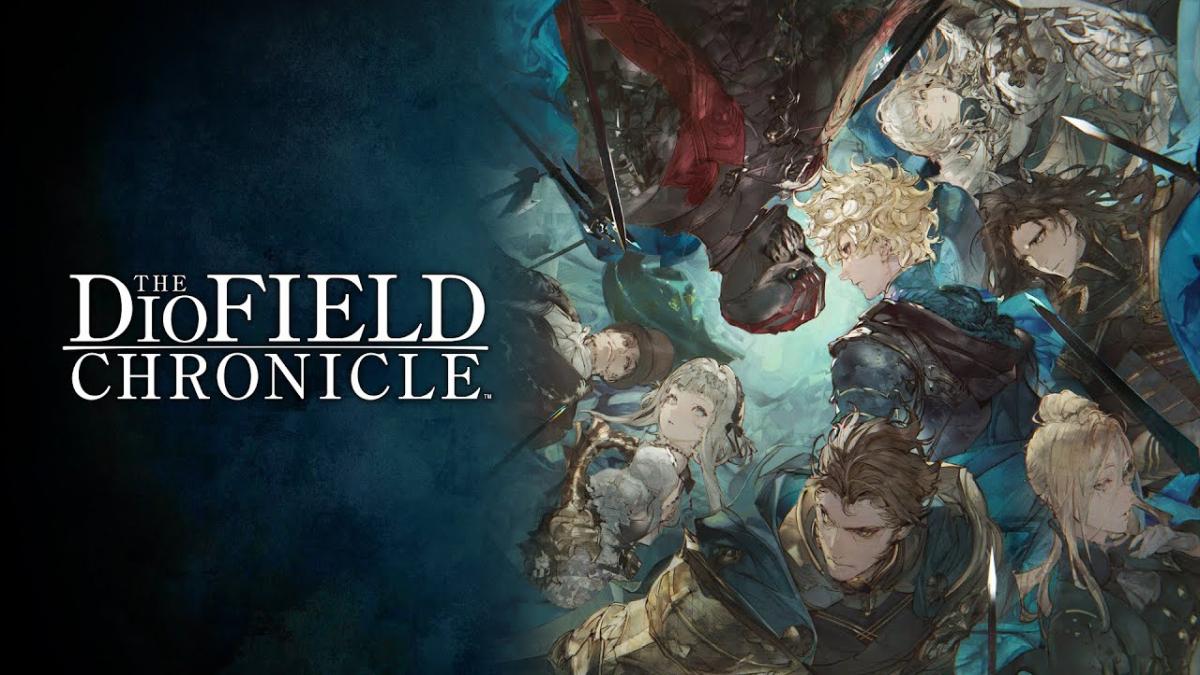 Square Enix will soon release The DioField Chronicle, a rather interesting take on the strategy JRPG genre.

One of the most intriguing features is the fact that the gameplay takes place in real time, but (as you can read in my hands-on preview or learn by playing the demo yourself) the pacing and game mechanics make it quite user-friendly for gamers who enjoy turn-based strategy JRPGs.

To learn more about the game, we spoke with Producer Shigeyuki Hirata and Game Director and Art Director Takahiro Kumagai.

Giuseppe: When I first saw the game, I didn’t immediately realize it was a real-time strategy game. I thought it would be a spiritual successor to Final Fantasy Tactics, but then I realized it was real-time so it was a bit different. How did the idea come to you?

Shigeyuki Hirata: So the reason is very simple: it’s just the fact that in the past there were a lot of turn-based and grid-based SRPGs and we expected more to come in the future, so it was really an effort to stand out and differentiate within the pack.

Additionally, one of the inspirations for the game was old Ogre Battle titles as well as other titles. We wanted to challenge our developers to create a whole new experience, where they implement real-time aspects but make it work functionally like an SRPG title.

Giuseppe: Speaking of inspiration, is there a Valkyria Chronicles fan in your team? I see a lot of commonalities, especially in the story.

Shigeyuki Hirata: It seems that nobody in the development team worked on Valkyria Chronicles and personally I didn’t play it. That said, I don’t personally know what kind of game it is, and I don’t think it was a direct inspiration for our game.

Giuseppe: If you look at Square Enix’s fall lineup, it’s basically raining JRPGs. In addition to your game, we have Star Ocean: The Divine Force, Valkyrie Elysium, Harvestella, Tactics Ogre: Reborn, and Crisis Core: Final Fantasy VII Reunion. Aren’t you worried that they will compare to each other a bit?

Shigeyuki Hirata: It’s not that much of a concern because if you think about the gaming industry as a whole, it drives it as a whole, so I think that’s something that should be welcomed.

But when it comes to all of these kinds of competing titles, so to speak, we’re entering an era where gamers are really able to pick and choose what they really like or what I really like, and what they want to play.

So obviously, not just the next few months, or next year and year after, there will be a lot of titles that will be released in general.

I feel like we’re in a state where players can really pick and choose the titles they like the most. And so, I don’t think that’s a bad thing for the gaming industry in general.

Part of that, of course, is creating a title that will appeal to as many gamers as possible, and we’re confident that we’ve been able to deliver something to our audience that’s unlike any other.

Giuseppe: If you look at the character design of DioField Chronicles, which I love, by the way, it’s very painterly. Was it difficult to translate it into 3D graphics? Often developers tend to use pixel art or 2D art to translate this kind of style to a console screen, but you went in a different direction.

Takahiro Kumagai: Translating character design into 3D wasn’t as difficult as you’d expect. Basically, when looking at the style of the game, most are viewed from the top down and are designed like a diorama, where the characters become similar to pieces as you move across the battlefield.

Also speaking of a control aspect, it was relatively easy to integrate this into full 3D. As for the pictorial art style and designs specifically, these are expressed through the panels that artist Kamikokuryo-san drew to display the historical background and setting of the game.

As for the game not using a pixel art style, I think the impression that developers tend to resort to is that Square Enix hasn’t developed a lot of recent SRPGs and it doesn’t There haven’t been many recent titles in this genre, but when you look at other companies that are developing games in this SRPG sphere, you’ll notice that they’ve moved to 3D, or adopted a more close to anime or other kinds of different artworks.

And so, when it comes to some of the more recent titles, some have taken on the allure of full 3D, and Final Fantasy XII comes to mind. But anyway, we may not have released many new titles in the SRPG genre, which may give the impression that people can usually fall back on pixel art style.

But again, translating the art style into 3D wasn’t such a difficult process.

Giuseppe: Kamikuryo-sensei is one of my favorite artists who ever worked at Square Enix. I love his art style and was wondering if his participation was part of the game’s initial pitch, or was he perhaps selected later?

Takahiro Kumagai: The reason we wanted to contact Kamikikuryo-san for the artwork was when he partnered up with a traditional temple in Kyoto where he drew traditional Japanese signs.

It merges this Final Fantasy-like world with the story, and so that really served as the initial inspiration that led us to have Kamikokuryuo-san draw the art.

Giuseppe: One of the characters that really impressed me is Waltaquin. If you look at her character design without having played the game, she can look like the typical ethereal noble princess, kind and compassionate, usually in a healer or support role. Then, while playing the game, I saw that she had nothing to do with her design made me imagine her. She’s proud, confident, strong-witted, witty, often even arrogant, and she throws meteors everywhere, and I really like her. Was that kind of contrast between his appearance and behavior something you intended to achieve? How did you find it?

Shigeyuki Hirata: This contrast was definitely intentional from the start. We wanted to design her in such a way that there was this gap between her looks and her personality.

In fact, there is a famous Japanese historical figure who served as a model for her character. But again, it was completely intentional to make her personality different from how people may perceive her on the outside.

Giuseppe: Could you tell me who is this historical figure who inspired Waltaquin?

Shigeyuki Hirata: Yeah. He may actually seem a bit obscure as a historical figure. During the Bakumatsu period in Japan (the last years of the Tokugawa shogunate between 1853 and 1867), there was a group called Shinsengumi and among them was a man named Kamo Serizawa.

And yes, he is a man, but he served as an initial starting point to develop Waltaquin in terms of strength and assertive attitude. Of course, as we developed the character, other inspirations shaped this character from there.

Why You Should Stop Using Ads Personalization on Your Android Phone

Webb World Review: Not a Perfect Metaverse, But Better Than Metaverse