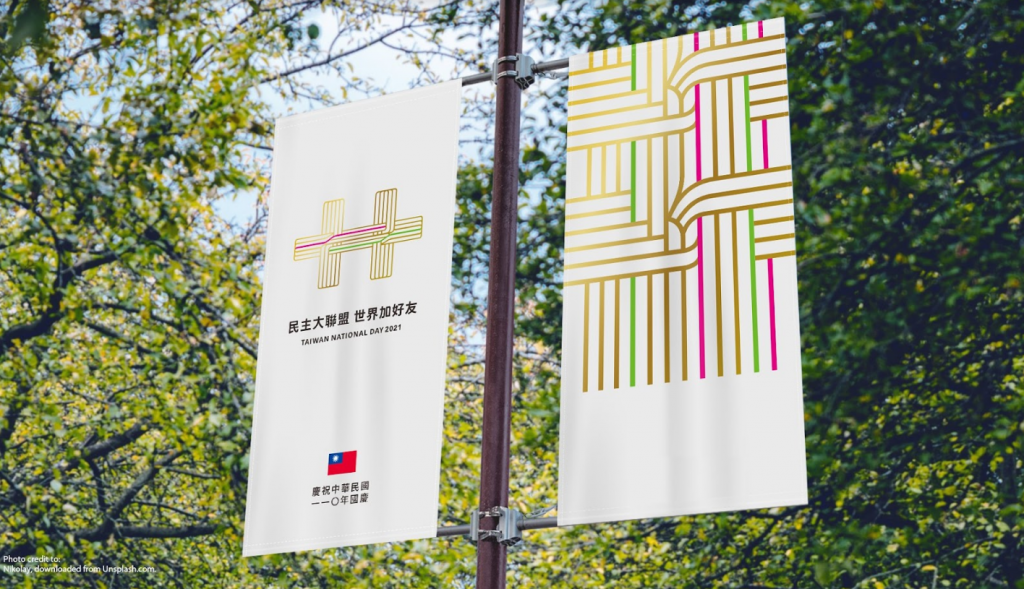 TAIPEI (Taiwan News) – The promotional logo for Taiwan National Day on October 10 was unveiled by the organizing committee on Wednesday, September 8.

Taiwan’s National Day, also known as Double Ten Day, will feature a series of events, during which the logo will be prominently displayed on flags, invitation cards and other items. The design project was promoted by the General Association of Chinese Culture (GACC).

Designed by In Office studio founder and chief designer Feng Yu (馮 宇), the “golden double 10” conveys the idea of ​​democracy and globalization, he said. GACC further explained that the color gold represents the sun, while the peach red is passion and the green signifies freedom. Together, the logo encourages people to hang on until the sun rises – a nod to the pervasive pandemic that is affecting the normal functioning of society.

In addition, the intertwined lines show the close ties between Taiwan and other nations. Meanwhile, the six lines represent the spirit of freedom, democracy, human rights, justice, peace and hope.

Some people online weren’t so impressed, claiming the logo looked like a “bullet” while others hoped it wasn’t the final design as it was rather simple compared to previous editions. Nonetheless, others were impressed and eager to purchase products with the “pretty” logo.

Battles of brands: Microsoft retaliates against “Rise of Empires”