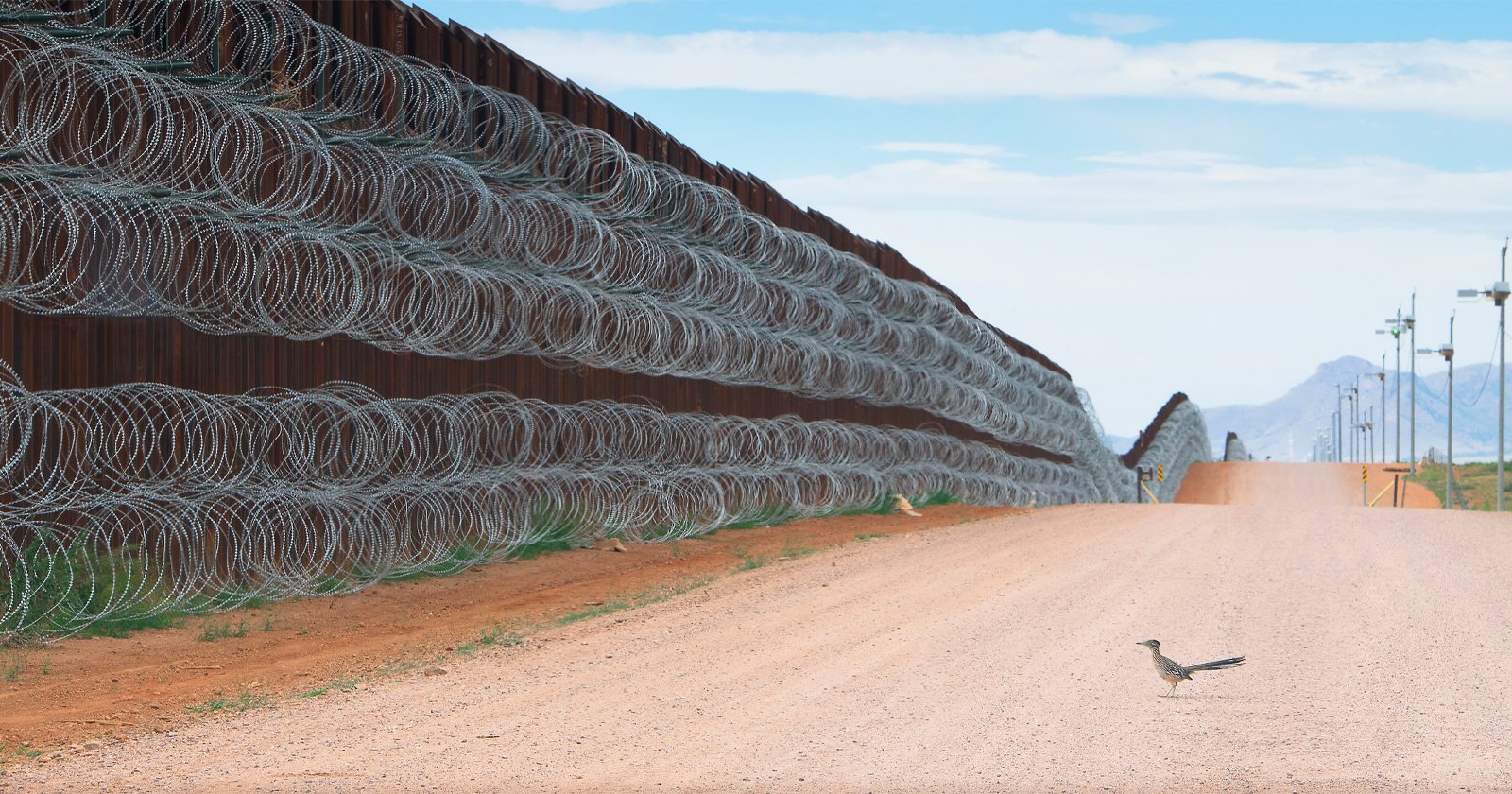 The Bird Photographer of the Year 2021 competition has announced its winners, with a roadrunner stopped in its tracks at the US-Mexico border wall winning the grand prize.

The Bird Photographer of the Year is a global photography competition designed to celebrate the beauty and diversity of birds. Entrants compete for a grand prize of Â£ 5,000 (approx. $ 6,895) as well as other prizes including photo equipment from Olympus and binoculars from Swarovski Optik. The contest is open to residents of any territory and to participants of all ages. There are eight categories to enter and the contest is open to people who wish to submit anything from a single image to a large portfolio.

This year, Mexican photographer Alejandro Prieto won first place in the competition for his image of a roadrunner on the US-Mexico border. He was named winner of the â€œBirds in the environmentâ€ category and winner of the grand prize.

The 3,000 km-long US-Mexican border crosses and straddles some of the continent’s most biologically diverse regions. It is home to uniquely adapted mammals, reptiles, birds and plants, some of which are not found anywhere else on the planet. Many species will be affected if the US government decides to build a wall along the border with Mexico. Border infrastructure not only physically blocks the movement of wildlife, but it also destroys and fragments habitats. Many desert animals are nomadic wanderers to some extent and a wall would sever habitat connectivity and prevent them from moving freely from one place to another. In this photograph, a Grand Roadrunner approaches the Naco, Arizona border wall with what almost looks like a sense of bewilderment.

â€œThe border wall crosses deserts, mountains and even mangroves. It is not just a desert, and it is in fact a very high biodiversity with more than 1,500 animal and plant species threatened by the wall â€, explains Prieto. “I saw many different animals reach the wall before turning around and walking away.”

â€œThe border wall poses a real threat to the biodiversity of the region due to habitat fragmentation,â€ according to the Bird Photographer of the Year competition. “It physically blocks crucial migration routes for animals such as long-horned sheep, American antelope, black bear, bison and even jaguar.”

The photo was chosen as the winner because it is not a typical bird photo, but because it tells a strong story.

“The roadrunner seems so vulnerable in the face of the immense border wall which dominates the frame,” continues the organization.

Here are the other winners chosen by the contest judges

Birds in the environment

To see all of these and other images that have been recognized by the contest, visit birdpoty.com.

5 essential questions to ask yourself before buying an online business

News from Tiffany and Co. that it will produce custom CryptoPunks pendants triggers a…