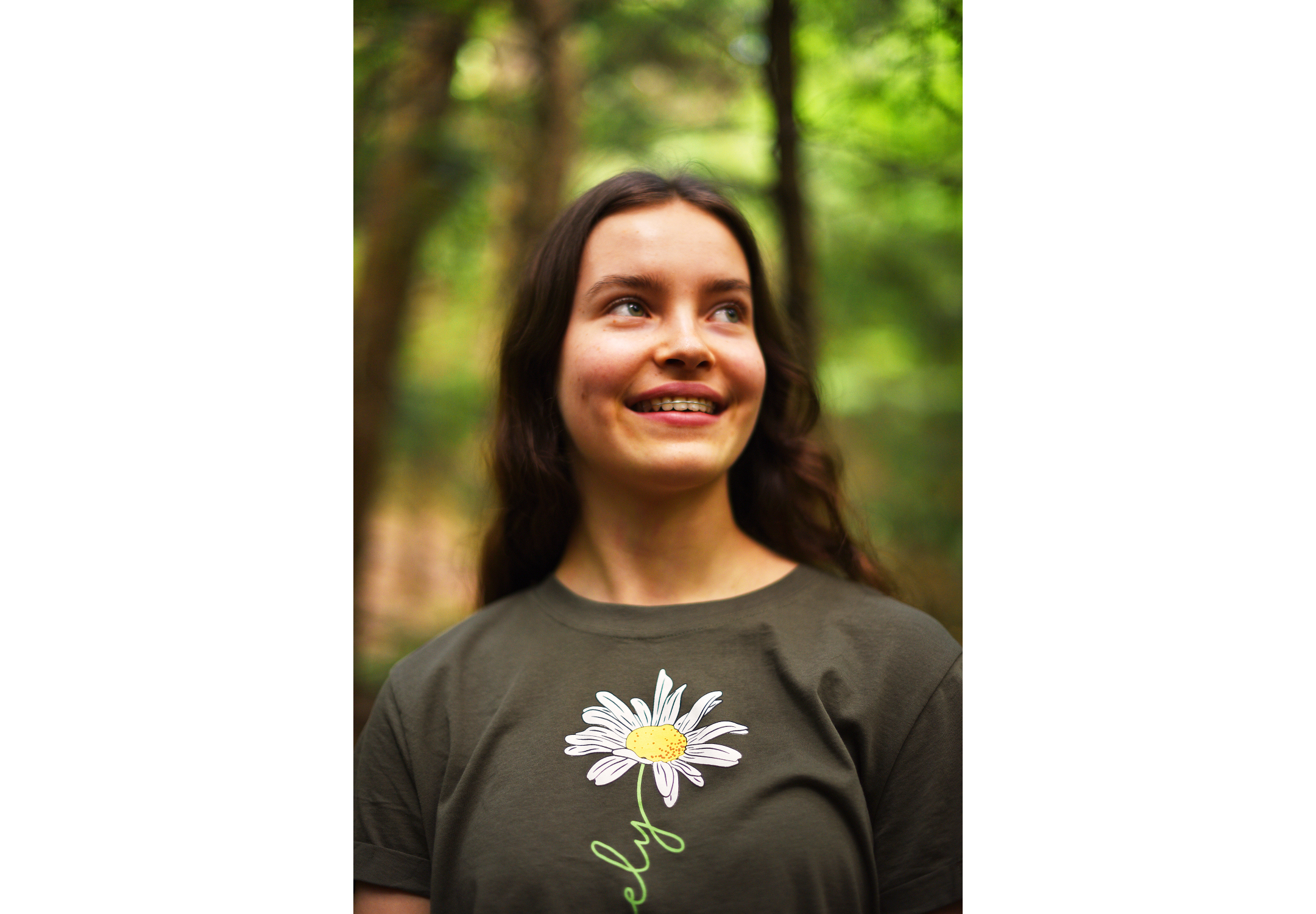 Leaving an impression on the world is what many artists seek to achieve.

When Colleen Petric, a 10th grade student at Haliburton Highlands Secondary School in the Carnarvon area, was chosen by her teacher to play a central role in creating a logo for the Barnum Creek Preserve, she was is delighted with this opportunity.
This would be his first logo and another creation to add to his growing portfolio of work for the school and for his future ambitions. She said it allowed her to grow as a designer and artist.
Recognizing the legacy associated with logos popularized in the public sphere, she appreciated the idea.
â€œI’m just so grateful that I had this opportunity and it could happen,â€ she said.
Under the leadership of the Haliburton Highlands Land Trust, the reserve and its hundreds of acres were made possible by a donation from the Dobrzensky family. Since its official opening last fall with an official opening ceremony with local politicians, members and leaders of the Land Trust and the Dobrzensky family which included Leopoldina (now deceased) and his daughter Margaret, it has become the one of the most popular destinations for area residents. and visitors looking to embrace nature, whether for a hike, bike ride or snowshoe adventure near Haliburton.

Colleen worked with the Land Trust’s Barnum Creek Nature Preserve Task Force to design the reserve logo, which is a circle with a black outline, containing a black conifer placed right over white, located on a hill green with a blue stream, depicting Barnum Creek going from left to right, and in the upper left corner of the circle are the words Barnum Creek Nature Reserve on a white background. The working group defined the parameters and provided the arts student with general information and design advice. She started with a render in her sketchbook, then took her drawing, uploaded it to her digital workspace, and used the free app, Sketchpad.io. It took him almost 20 hours over two months to complete.

The task force chose to select a student, believing it would be a great opportunity.
â€œWe thought of the high school art students. It would be a great way to educate students at Barnum, as I think once we are cleared, we would like to involve the students at Barnum to some extent, â€said Task Force member Rosie Kadwell.
Kadwell, who said she liked what Colleen did, said the logo was well received.
She contacted Karen Gervais, teacher at HHSS and director of the art department, to help her with the selection.
Colleen said her teacher, who had just taught her open-level painting in grade 11 after teaching her visual arts classes in grades 9 and 10, had chosen her for her artistic skills and connection to nature. .
Gervais described her student as someone who â€œputs 110% in everything she doesâ€.

She continued: â€œFor a young artist, she uses the creative process in a sophisticated way and thoroughly experiments with the possibilities of design. She shows a strong capacity for self-reflection and an awareness of the strengths of her work and the areas that she still has to revise and push. Colleen is also very receptive to constructive comments and accepts criticism. She shows a lot of professionalism here and realizes the importance of this in the design process, especially when collaborating with a group or organization.

Gervais said she worked with Colleen on the design of a certificate and promotional material for the high school’s Justice, Equity, Diversity and Inclusion training program, as well as the creation of an illustrated visual. to support a new phonetics program published by Trillium Lakelands School District School. Council next fall.
The grade 10 student, who would love to have another logo opportunity if it presented itself, acknowledges that she underestimated the amount of work involved in creating a logo, including not just the creative aspect, but also the concessions linked to working with them.

Collaboration is something that has worked well, Kadwell said.
â€œShe was very efficient. Obviously her artwork is excellent and speaks to each other via email, she would respond right away. She came up with a project and I presented it to the working group and of course I provided comments and then I was able to take our comments and refine it and come up with the logo that we have today â€, she declared.
After spending years on various committees developing logos, Kadwell said they can take the longest time due to the back and forth required during the process, but with that it has been streamlined and fast.

Colleen adds that from the original design there wasn’t much that changed except the colors. There was a blue sky instead of white and the typography was different. The color change, she said, was to ensure that the stream element would stand out more with the white. Her favorite part of the logo is the tree because of its details. She adds that the circular shape is representative of the sun and contrasts with the rectangular shape of the Land Trust logo. She adds the color green to the nature logo and the inclusion of the conifer is indicative of what’s on the reserve, she said.

Kadwell said the task force wanted a simple and memorable logo, related to how it can be in color or converted to black and white. The logo can be used for signage, brochures and to promote events on the property, and is useful when applying for grants, adds Kadwell. Another key part of the logo was that the stream had to be represented.
Before work began, Kadwell provided Colleen with the Barnum Creek Story, an electronic file of the Barnum Creek Preserve Brochure, and logo design tips, including elements of what the Land Trust wanted, that is, a simple design, a few words. In addition, she encouraged Colleen to visit the reserve to get a feel for the place.

Colleen said she was left with a sense of appreciation and wonder after her visit. This inspired her in her efforts to create the logo. It reminded him of how the Land Trust was given stewardship of the Barnum Creek Preserve, located a few miles from Haliburton, accessible from Gould Crossing Road from County Road 1.
â€œI thought it was very thoughtful of Leopoldina and Margaret to donate the land. It’s just a very good property and it was a very good experience, â€she said, referring to her first visit.
A few weeks ago, she first saw an image of her logo on a road sign and said seeing her working hard on the County Road 1 road sign was surreal to her.

The grade 10 student said the logo design has the added benefit of being able to direct the public to the Barnum Creek Preserve, including young people like her.
The property is a beautiful location and matches his appreciation of the natural world.
â€œIt has always played a huge role in my life, living in the countryside and I just love nature,â€ she said.
She adds that she moved here from Kitchener at the age of three with her family, who have embraced country living, composting and using the property’s wood to heat their home.
His advice to designers who are new to creating a logo is to pay attention to color and small details such as the size of the elements, which make a significant difference to a viewer. With the logo, she said that the tree is an example that reminds her of this, and that the placement of a line has meaning.

Gervais said Colleen’s potential is limitless.
â€œNot only is Colleen’s artistic skills, creativity and design sense very strong, but her passion, ambition and commitment to personal growth and helping others will serve her well no matter what path she takes. it will follow in life! ” she wrote.

Retail investors 10% of transactions in the US market