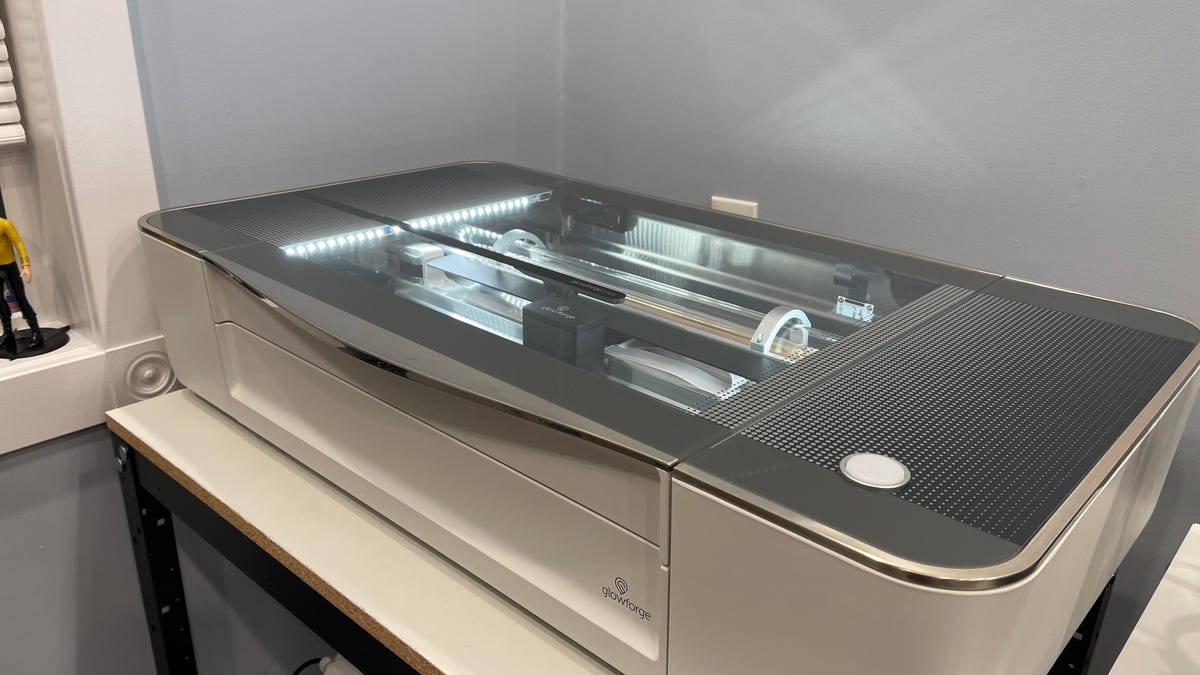 It’s interesting how people perceive you when all they know is what they read on ZDNet or see on youtube. Somehow, I seem to give the impression that I know what I’m doing when it comes to some of my building projects. And, yes, sometimes I do. But more often than not, I’m just as stuck and bewildered as anyone.

To be clear, my professional background is in software. My friends used to joke that if it (regardless of what “it was”) required the use of a physical tool, I should stay as far away as possible. But since I started exploring 3D printing, I have learned to familiarize myself with the tools and the workbench. My skills improved and I took you with you so we could learn together.

Also: Office fabrication 2022: a year of fun in the Fab Lab

However, sometimes I get frustrated. This article describes such an example.

I designed a bunch of 3D printed dust collector adapters that connect my various power tools to their dust collector hoses. Because there are so many, each adapter should be labeled.

I tried a 3D printing labeling method, but the labels were hard to read and I didn’t like the way they looked. My alternative was to use the Glowforge laser cutter engrave traditional two-tone plastic labels and stick them on 3D printed objects with double-sided tape.

As you can see I designed a flat space to hold the tag. I intended to laser engrave the label on the Glowforge and affix it to this flat space. In theory, the idea was good.

The problem was that even though I had double and triple checked my measurements when the labels came out of the Glowforge, they were too small. I had no idea why. I was using a lot of gear and was frustrated.

So I submitted this project for almost three months. I didn’t do anything else on Glowforge either, because I didn’t trust him and he obviously hated me.

As I mentioned earlier, you don’t normally see the “raise your hands and scream” step in my projects, but it’s there for most of them. I work on so many projects at once that when I get frustrated with one, I move on until I feel like diving back into the one that was pushing me up a wall.

My problem in action

Here is the drawing, made in Autodesk Fusion 360. As you can see in the image below, the horizontal distance between line 1 and line 2 is 36.956 mm. The vertical distance is about 25mm.

Fusion 360 is ideal for designing three-dimensional parts. But for flat prints like the ones I was trying to do with Glowforge, a vector drawing program like Adobe Illustrator is a good choice. In the image below, the red arrow points to a ruler measurement which shows that the label is approximately 37mm wide. It is as it should be.

I exported my design as an SVG file and imported it into the Glowforge interface. As you can see from where the arrow is pointing, the label is obviously less than 30mm wide – much smaller than what I need.

It is at this point that I must point out that the word “obviously” above is used somewhat jocularly. The size discrepancy was initially not obvious to me. In fact, I loaded the Glowforge with my blue and white fancy plastic material and cut out 16 labels.

The labels had all the correct lettering and the cuts were at the correct depth. However, as you can see from the cutout above, the 16 labels I originally cut out were considerably smaller than the labels needed.

And that’s where I left it for a few months while I stewed over the problem.

I tried to find something in the Glowforge environment that might indicate dimensional desquamation. I didn’t see anything obvious. So I decided to see if something was wrong when I exported the SVG from Illustrator. This is the export options panel in Illustrator for SVG files.

I tried to screw with the decimal option. Nothing. I figured that since the label was too small I should disable Minify as that option looked like something designed to make things smaller. No joy. I even looked at the code. I liked the code. I understood the code. I am a coder. But the code didn’t tell me anything other than the fact that I’m more comfortable with code than with real-world machines.

Completely out of ideas, I tried flipping Illustrator’s Responsive switch. Normally the term responsive is used for web design so I didn’t expect this to work. So of course it worked. Making sure Responsive is unchecked makes everything work.

Ironically, disabling the Responsive switch made the thing react the specific way I wanted. Life is like that sometimes.

My theory is that responsive web design readjusts based on the device it is viewed on. As such, hard dimensions don’t really have a place in responsive design. Everything should be relative to the screen size of the device used to view the page.

So I think Responsive’s check kind of removes the absolute dimensions from the design, allowing the Glowforge UI to just pick random numbers and produce an undersized engraving.

Anyway, that’s the magic secret. Just uncheck the Responsive box and you’re fine. And if you run into a wacky problem, remember that there’s usually a solution. It’s just a matter of digging in, weeding out the things that aren’t working, and moving on.

Did you have a problem with making something? Were you able to solve this problem? What kinds of problems did you encounter and what did you do to work around them? Share with us in the comments below.

Did you miss the market rebound? Apple and these 5 brand stocks are all up 30% from the bottom

What to look for in a web developer?

Salary up to 180000, Check Post and other details here